The field is wide open for the 2018-19 Player of the Year honors after Lowell's Alex Rivera (Umass Lowell) earned the honor last season with his standout campaign. With the season a little over a week in, there are several players ready to break out and vie for Super Team status in Massachusetts. (See our 2017-2018 Super Teams)

Please check back throughout the season for our Midseason Super Team and Final All-State Teams, and Player (s) of the year, st the end of the year.

Since he began leading the Franklin travel team in middle school, Edgehill has been a winner. The junior point guard brought the Panthers to the MIAA Division 1 state title game in consecutive years and will look to go one step further this year with fellow top prospect Jalen Samuels in support.

The 6-foot-1 guard hit 128 3-pointers last year in what is very likely the new state record. After inking a commitment to New Jersey Institute of Technology, Williams will look to lead his Bulldogs one step further after they lost in the state semifinals last season.

Few players can impact the game in as many ways as Soares. The 6-foot-5 forward can create his own shot off the dribble, run the break and find teammates, and guard all five positions. He is certainly an early candidate for Player of the Year honors.

The versatile 6-foot-5 guard/forward, Reynoso has the range to knock down 3-pointers, the size to post up on smaller defenders, and he is a threat to earn a triple-double each time he steps on the c He averaged 21.5 PPG last season and will be asked to facilitate more with Juan Felix Rodriguez graduated.

In an age where true centers are fading away, the Golden Eagles have a true force inside. The 6-foot-8 senior blocked 22 shots in one game against Weaver (CT) last season and will have a bigger role on offense this year with Jorge Torres graduated.

No longer in the shadow of Thomas Shaughnessy, the 6-foot-1 wing will be asked to take over as the leading scorer for the Rockets and he's been flashing that potential all spring and summer with his AAU club Middlesex Magic.

Yardemian was one of Massachusetts' most notable breakout stars last season, as he scored 23 points per game while averaging seven assists a game to power the Marauders last season. The Bentley-commit has started 2018-2019 off with a bang, as he looks to lead Belmont back to State Championship prowess.

Henderson is a talented point guard who has exploded out of the gate this season for CM, netting one of the season’s first 40-point game in a win over Bishop Stang.

The Hornets were led by a senior trio all season, but Scott stepped up in a huge way throughout the later rounds of the state tournament. Now the 6-foot-4 forward will be asked to carry the offense and find Mansfield's many shooting threats around him.

The 6-foot-6 center averaged 16 PPG and 14 RPG to be named MVP of the Dual County League Large in his first season as a starter. His footwork and shooting touch have improved after a strong offseason, making Smith a matchup nightmare for most teams in Eastern Mass.

With Perry and fellow senior guard Justin Lopes returning, Stang is a favorite to win the Division 3 state title this season. Perry averaged 21 PPG, 5 RPG, and 5 APG last season and according to Stang coach Colby Santos, has been chomping at the bit to show even more this year.

Price-Espada provided instant offense all season and capped his junior campaign with 49 points on 10 3-pointers in the D4 state title game, leading the Tigers to their first championship. There are few defensive game plans that can stop the 5-foot-10 guard, who averaged 22.9 PPG and 7.8 APG last season.

Another talented junior coming off an impressive offseason with Middlesex Magic, Smith will look to lead a young Central Catholic team. The lefty guard can score in a variety of ways and will be put in a position to succeed

After averaging 15 PPG, 4 APG and 2 SPG against NEPSAC competition as a sophomore with Lawrence Academy last year, the 17-year-old from Holliston is likely to make an immediate impact for CM this season.

Lowther has been the heart and soul of what was a historic run for the Hingham boys’ basketball program the past two seasons. The senior forward has averaged a double-double, the past two seasons and is looking to help the Harbormen make that next jump to State Championship glory. 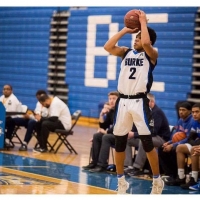 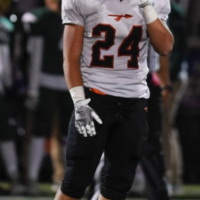