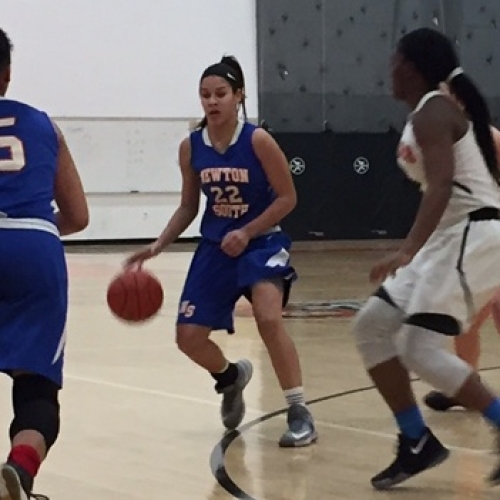 The four-time Dual County League Large MVP had a stellar individual 2017-2018 campaign, averaging 22 points, eight rebounds, and five assists a game. She was also one of the state's top defensive players, averaging six steals per game.

Burton will take her game to Northwestern next year to play Big 10 Women's basketball for the Wildcats.

Over the last four years, Burton has been one of the most exciting players to watch in the state of Massachusetts.

Whether she was hitting someone with her crossover move, or draining a step-back 3, Burton can do it all.

Wayne Gethers (video credit) of LW Productions, reporting for Mass Prep Stars, connected with the Newton South star in a

"Getting to Know You" segment.

What was your favorite basketball high school moment?

VB: Probably either my sophomore year against Cambridge, where I scored 41 points or during my junior year, in a playoff game where Newton South played Newton North. Newton North was led by Sayawni Lassiter (now at Florida State and our 2016 Mass Prep Stars Girls Public Player of the Year).` It was an in-town battle and South lost earlier in the season but we pulled it together to get revenge in this win.

VB: The school itself is a beautiful place with such great people there and in an awesome location.

Obviously, academics-wise they are really strong as well. What got me first interested in the school is that it runs extremely deep in my family. Both my parents played sports at Northwestern, along with three uncles and my grandfather. Some of the other schools I was considering were George Washington, Providence, and DePaul.

The advice you would give to current student-athletes looking to achieve their maximum potential:

VB: “It is going to take a lot of extra work and dedication. It is a lot of work and will not be the most fun thing to always be doing, but it will pay off in the end. Also.... always stay humble, on and off the court.”

Burton mentioned that her AAU experience was fun because she to play against a lot of great players and under coaches who made her better. Her team was usually the underdogs in many of the bigger tournaments, so it was a lot of fun to compete and see how they would do against some of the best players in the country.

Q: What were your thoughts on reclassifying and/or going prep?

Q: Something most people don’t know about you?

A: I hate Ravioli

A: The Blind Side

A: Sleeping in, watching Netflix, or hanging out with some friends.

Q: If you weren’t playing basketball what other sport would you be playing?

A: Not sure. Something business related. 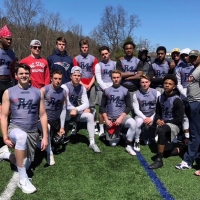